So let's transform this table into a data generation table. To do this, we'll insert a new column between 'Equivalence class' and 'Description' and type in 'generator' as the header. In this column, we will add the commands to call generators that will create the data for us.

In the previous tutorial, we created an equivalence class table without any predefined format rules. However, if we want the table to be parsable for the table processor, we need to follow some formatting rules.

The next sections describe the format required to make the table parseable. 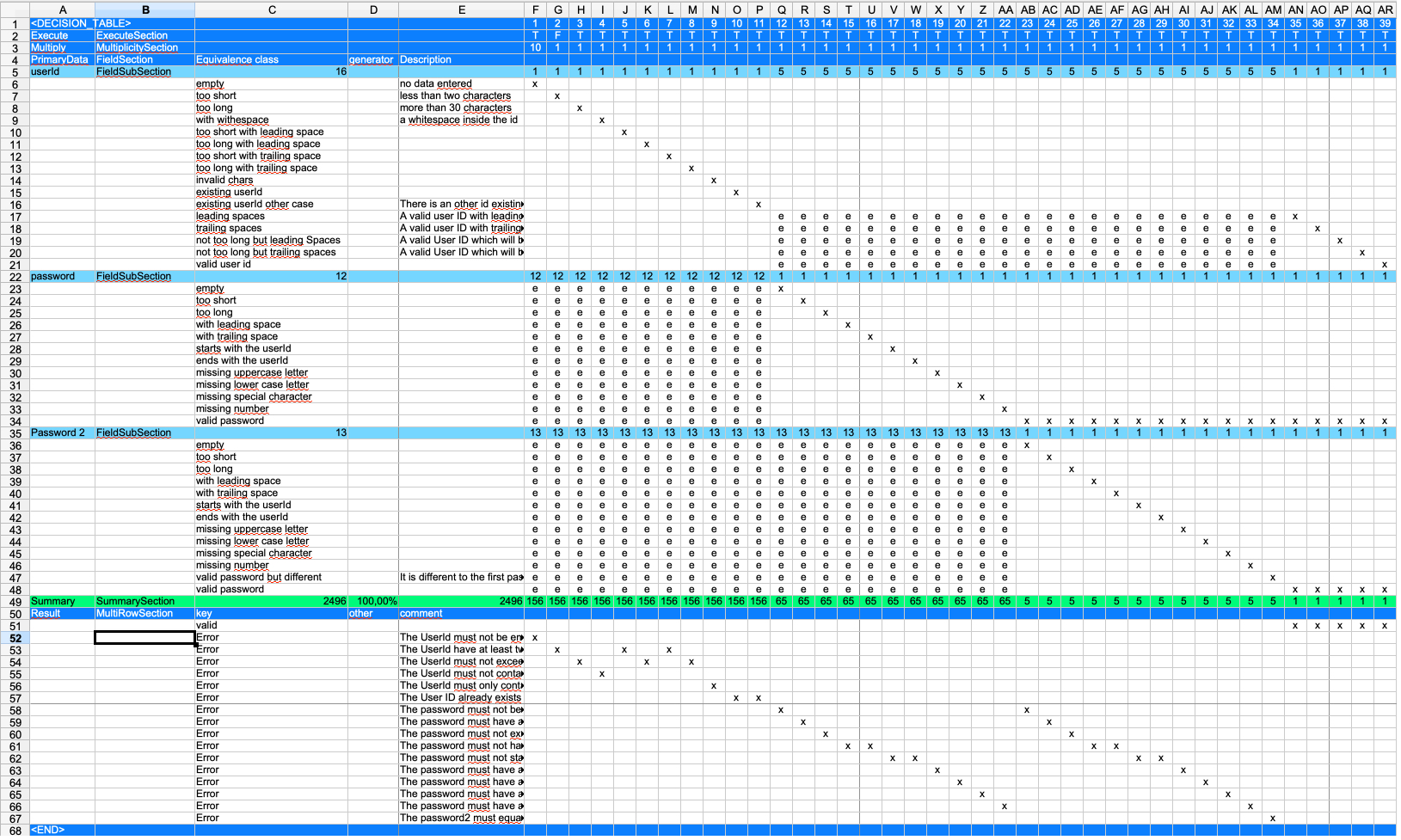 Here is a sample equivalence class table. The column order is important. The first five columns are fixed. The test case start in the 6th column. The parser finds the end of the test case by parsing the first row and searching for the first empty cell. So if you add an empty column in your table, the parser will stop there.

The table is divided into a few sections. 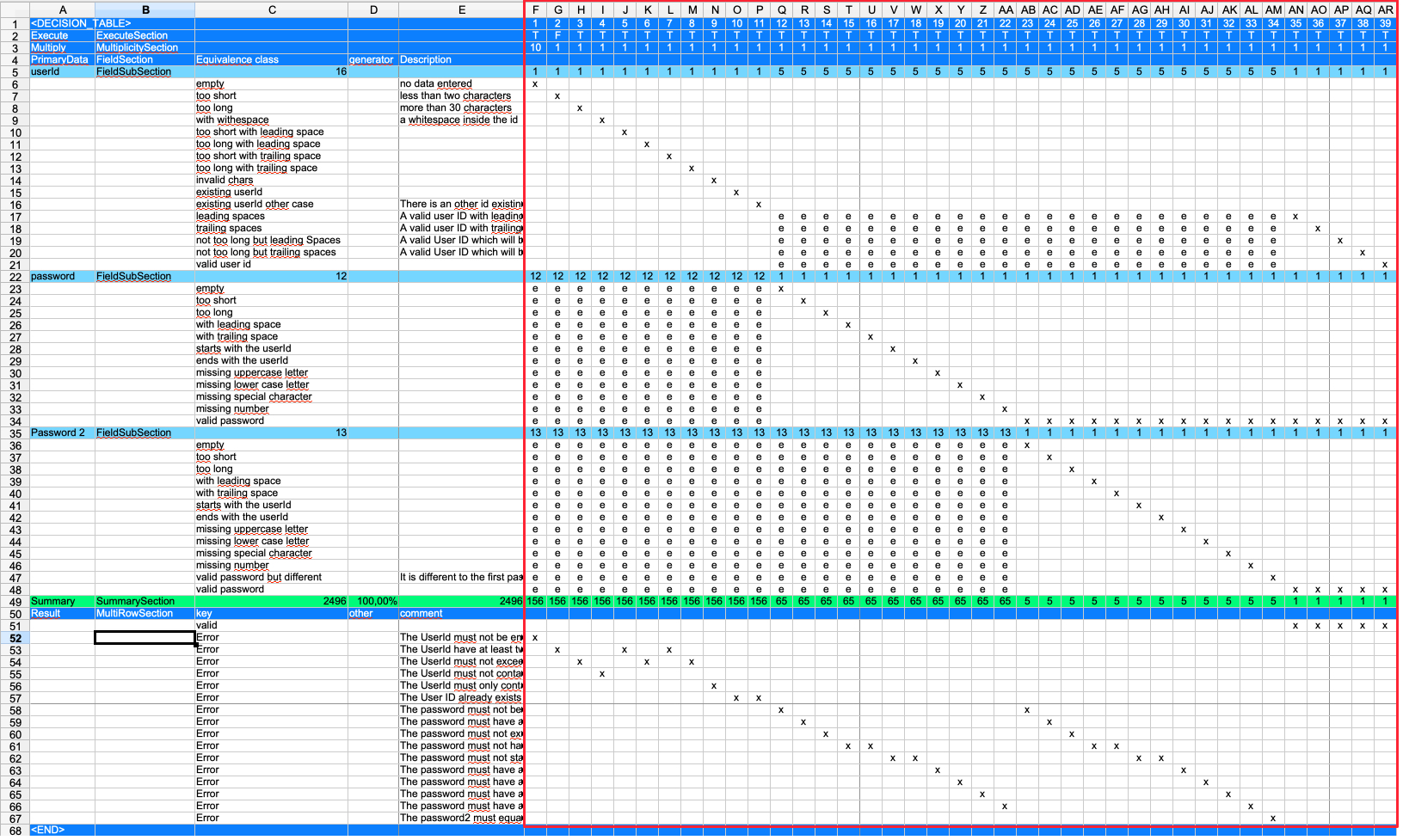 The left side of the table describes the fields and the expected result.

The field section describes the variety of data needed by the test - and therefore the number of tests to be created. 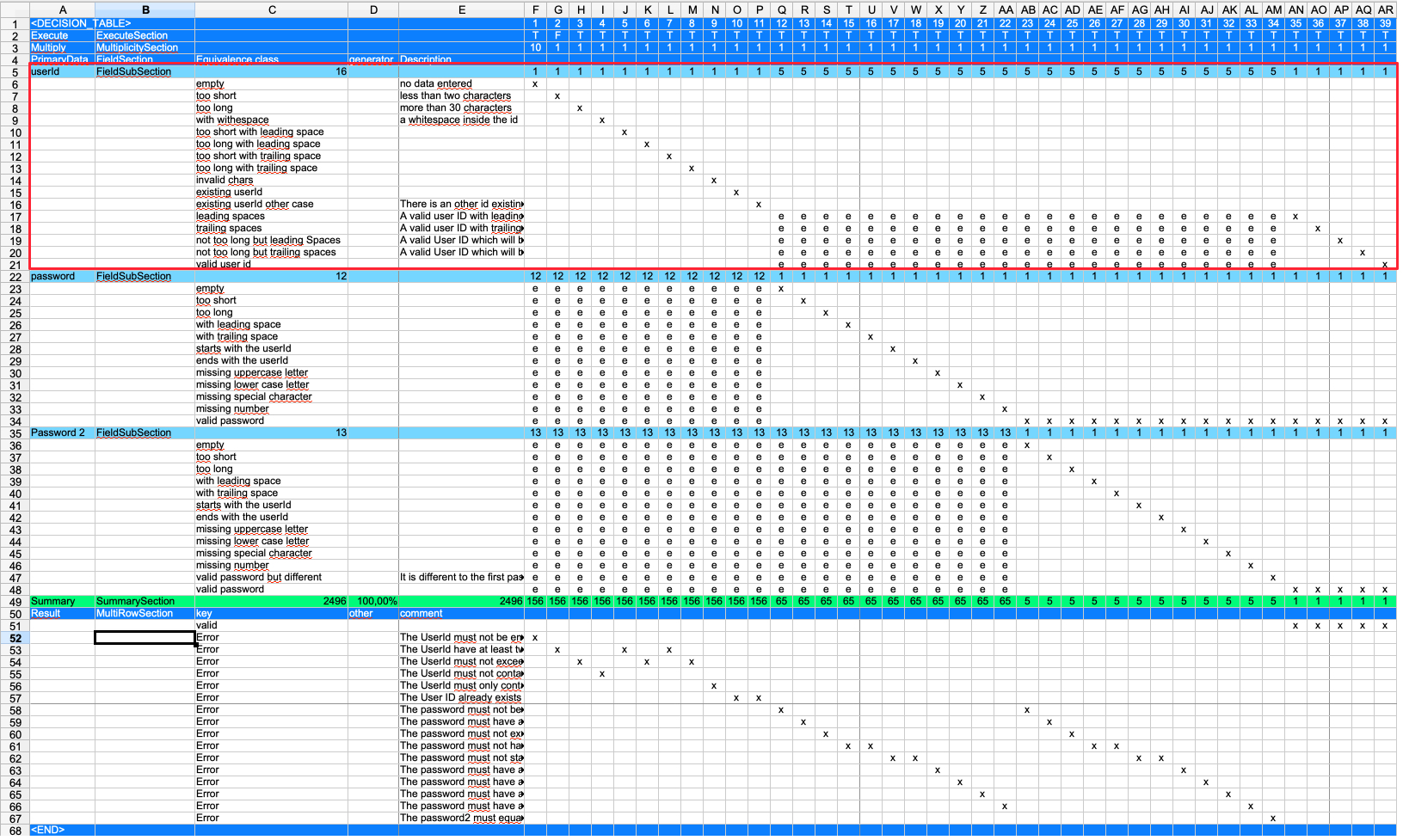 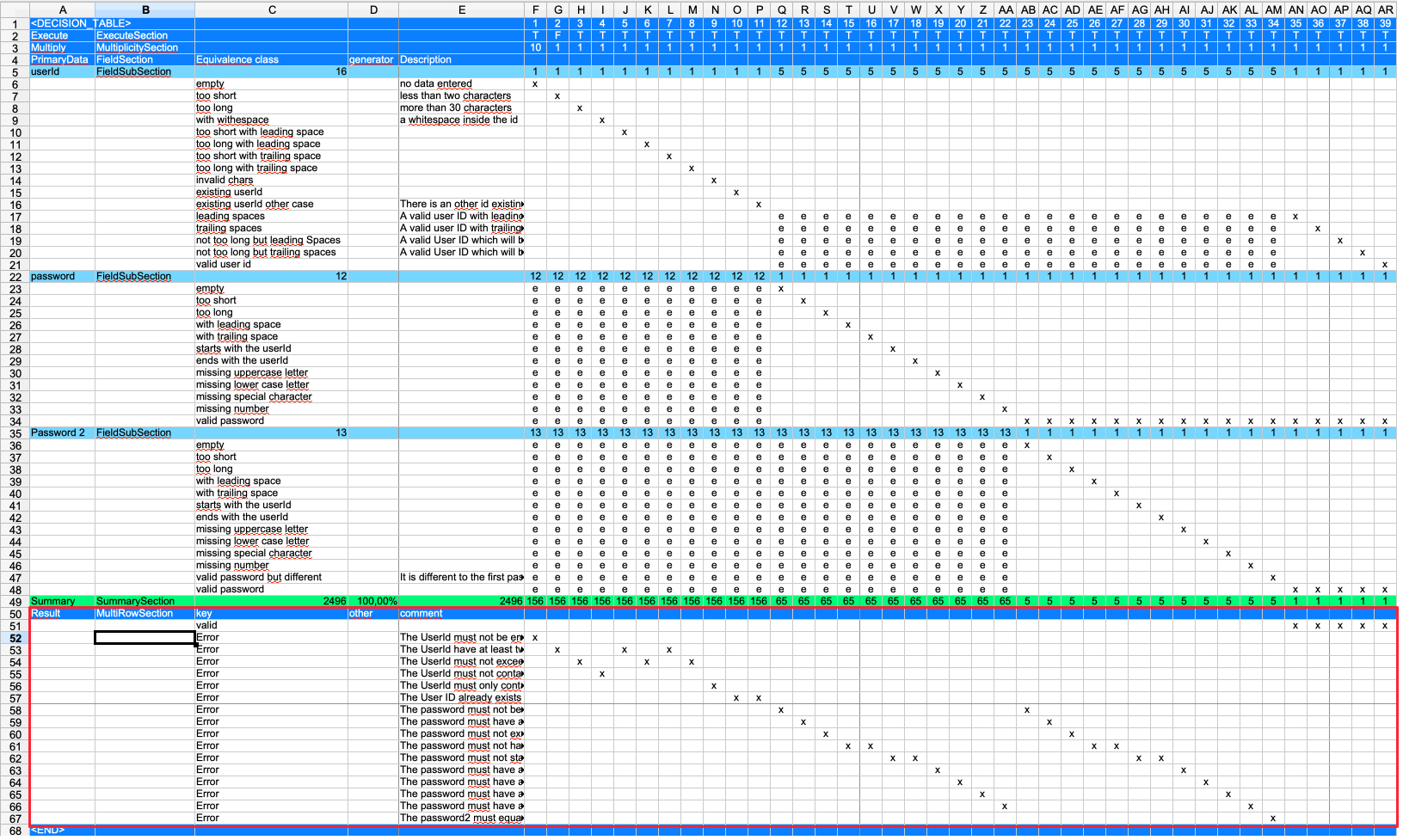 The multiple row sections can be used to describe the expected results or error messages. It is up to the user how many of these sections are in the table. It can also contain actions on the UI or other information needed.

In this step we will create a simple table with static data generation.

Add a name for the test case of column 'F' in the first row. Just add 'TC1' or any other name you like.

Create a project for creating the data

Create a new empty directory. Change into it and run npm init.

Create the script to call the processor

Create a new file 'src/tdg.js' with the following content.

Create a directory 'resources' and copy the excel file you created into it. The Excel file must be named 'demo.xlsx'.

To run the script, execute:

After doing this, you should find a new file called 'tdg/TC1/testcaseData.json'. This file was written by the default writer.

Each time we call the script, we generate the same data since we added static data in the table. Only the instanceIds change with each script call. In the next section, we will replace the static data with a generator.

The example code is located at:
src/t2/step3
In there, simply run:
node tdg.js